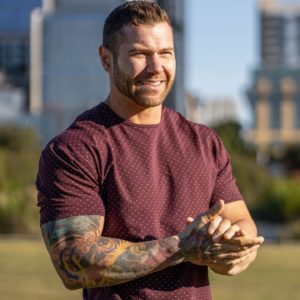 It’s easy to find the time to work on your business when you’re in a leadership position. You have people counting on you, so it’s easy to justify why you need to take that meeting or spend an extra hour at work.

When you don’t have a formal leadership role, it can be hard for entrepreneurs and small business owners to stay motivated and focused, which is when leadership flaws creep in.

The problem is we get so caught up in our day-to-day operations that we forget the big “why” and succumb to the minutiae of the task list. The key is not only making sure there are enough hours available during the week for these tasks but also knowing how important they are if your goal is success and impact.

In this article, I want to pinpoint 5 potential blind spots that will stall or stagnate your progress without even knowing it. Oftentimes, it’s the inner intangibles that creep up and create havoc.

My goal is to make you aware of it to preempt you from going down that path.

Every entrepreneur has had a moment when they’ve found themselves paralyzed with fear. It could be about losing your business, the economy, or even an upcoming interview. But you can’t let fear stop you from growing and succeeding in your business.

Your success relies on taking risks but it can be hard to see past the fear of failure and stay focused on what matters. Fear or false evidence appearing real can sabotage your business growth quickly and out of nowhere so you need a plan to combat this potential disaster.

Entrepreneurs are a special breed. We’re constantly looking for the next opportunity and we often leave our comfort zone to chase it. However, there’s one thing that can stop us in our tracks: fear of failure.

The fear of failure is so powerful that some entrepreneurs will avoid starting something important or major because they don’t want to be rejected or fail at what they do. It’s understandable since this fear is rooted deeply in our psyche from a young age.

But as a powerful leader and innovative entrepreneur with an amazing drive to make an impact, you can’t let what others think derail you from helping people who really need you. When you are mentally tough, you’re able to quickly curb the fear factor and move past it.

Cynicism – An Attitude Of Suspicion Rather Than Acceptance

In the age of social media, we are exposed to so much information that it is easy for us to become cynical about everything. Cynicism can be a detriment to our personal and professional lives. The cynic’s negativity will only lead others away from your brand and create discomfort for the buyer or potential customer.

Cynicism is an attitude of suspicion that stalls business growth and expansion in any company. This type of negative thinking will prevent you from taking the necessary risks that could result in an exponentially beneficial scenario if successful; because no one wants to work with someone who has a bad attitude about life!

Laziness – Being Unwilling To Work, Despite The Ability To Act

Have you ever felt like the world is passing you by and yet you’re ok with it? Unmotivated, sluggish, and uninterested? These are natural feelings, however, there are instances when we truly are uninspired to do anything.

Laziness is something that everyone has dealt with and found themselves in. Some people are too lazy to get up when the alarm goes off, others don’t have enough motivation to start a task, and then there are others who find it difficult to do anything, despite having the ability to.

Of course there’s more to laziness and many moving pieces, but it is a state of being that can be one of the most frustrating experiences. It can mask itself in a variety of ways, often making you feel like you’re not doing anything productive at all.

Being in this state of mind will cripple any leader and prolong the negative cycle. If left unchecked, it could undermine everything you’ve worked for, in an instant. Be mindful and aware and prepared to overcome this temptation.

Bad Habits – Hold You Back From Personal Growth

We all have bad habits we want to break, but it is easier said than done. It’s a never-ending cycle of breaking old habits and forming new ones that actually work. The question is, why do they hold us back from personal growth?

If you want to grow your business, personal development is the key. But if you’re not constantly looking for ways to improve yourself while building new skills, then you’re going to be stuck in a cyclical rut not progressing.

A habit is something you do automatically without thinking. It’s like second nature for most people, but this also makes them hard to break because your brain doesn’t even need to think about doing the action anymore.

It might seem impossible at first, but there are ways around this issue so you can build new habits that work for you instead of against you. The key is to find ways that work seamlessly for you without the struggle. The easier a process is, the more likely it will stick with you. If you want to change your behavior, start small and make changes one at a time. Eventually it becomes second nature, which is the goal.

Arrogance – An Attitude Of Superiority Based On Assumptions, Not Truth

Arrogance is one of those character traits that seems so negative but is easily accessible and quick to deploy. It is rooted in a set of assumptions that tailor to the ego of a person.

Arrogant people are usually unwilling to admit their mistakes or that they don’t know something. This is why it is very difficult to communicate with an arrogant person, they are set in their ways.

Unfortunately, high performing leaders are very susceptible to ego and a lack of empathy. They’re in charge, have many people reporting to them, they make big decisions, and are usually the face of a company, department, or brand.

Which is why it is even more important for these leaders to stay grounded and be aware of their emotional state of being. The more control you have of your ego, the less likely you are to fall into arrogance.

Leaders with a strong mindset are able to pick up on things and course correct in real time. One of the more common ways to identify blind spots and lack of leadership is by listening. If we listen more to ourselves and to others, positive things will happen on a recurring basis.

You also minimize chances for your ego to grab hold of your mind and wreak havoc. Be more mindful of your surroundings, embrace the moment, and be grateful for things in your life…the rest will fall into place. And these 5 flaws will start to dissipate and become a thing of the past.

Bring Clarity To Your Confusion

Whenever I get a bright idea, my email list is the first to hear it. Don’t miss out on exclusive brain-dumps that eventually make companies a lot of money :)