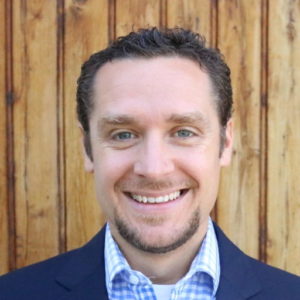 “We’re thankful to be alive, and it’s been so encouraging to see so many people from all different backgrounds come together to help each other.”

The importance of leadership qualities can benefit everyone. Leadership is timeless and in order to continue in it, you must be wiling to take action. These words were from one of my former soccer coaches, regarding how his family’s home was destroyed during the recent tornado that swept through Jacksonville, Alabama. My wife and I went out to see if we could lend a hand, and we spent a few minutes also just chatting with Darren and his wife.

While we were there I was struck by the implication of what he said and the powerful truth hidden inside: To lead is to act. It is to do. It is to serve. If you want to start being a better leader right now, this day, then the key is to stop thinking about it and start doing it.

I have been as guilty as any person ever when it comes to “paralysis by analysis” in different leadership roles. That is, I study, I read, I plan, I study some more, and at some point I either become afraid of making a wrong decision or simply worried about which decision is the right one. The result of this is that instead of making a decision and sticking with it, I procrastinate and stall instead. The end product of all of this is what you would expect: nothing. Nothing happens, nothing gets done.

As leaders, we cannot afford to do nothing.  Whether in the midst of tragedy like what happened in Jacksonville recently, or in the day-to-day lives in our homes, we cannot afford to do nothing. We must be willing to act and do, even if that means making mistakes. In fact, to DO means that we WILL make mistakes, and we as leaders must be willing to accept that as part of the price of leadership. As Dr. Goh Keng Swee of Singapore said,

“The only way to avoid making mistakes is not to do anything. And that, in the final analysis, will be the ultimate mistake.”

As leaders, we must be willing to act, even though it means we will inevitably make mistakes.

This seems to be a problem especially true of younger leaders and young people in general, that they are less willing to do and to act. The good news is that there is also hope, because this young generation has more access to knowledge than anyone before. If that knowledge can be turned into action, the world will never be the same. Last summer I was speaking with one of the lifeguards at our local swimming pool while he was on his break.

He was reading a book in preparation for an upcoming college class, and the book was called, “Just Do Something” by Kevin DeYoung. The book is about exhorting young people and especially young Christians to seek out God’s will by DOING, not by sitting around and waiting for God to write a message on a wall or speak through a burning bush.

The idea behind that book also applies in terms of leadership: if you want to learn how you can best lead and where you can best serve, the key is to go and start leading and serving, rather than sitting around just researching and thinking all the time. I say this to myself as much as to anyone else: we must go and DO. There will always be a time and place for research and contemplation. But we must also get out of our comfort zone and go and ACT.

Over 90 years ago, Herbert Hoover was elected US President during a period of prosperity following the introduction of the Dawes Plan that encouraged US investment in Europe to help rebuild the war-torn countries still suffering the after effects of World War I. Around a year after Hoover began his presidency, the US stock market crashed and the Great Depression began to set in. Hoover, like most political leaders of his time, did not believe it was the government’s role (or economically wise) to take drastic steps to aid in the recovery. After all, the thinking went, America had been through economic depressions before, and we had always recovered.

Related: Using Storytelling To Lead Others and Make An Impact

But this was worse, and the world was changing, and as a result, in the next election President Franklin Roosevelt was elected in a landslide due to his promise to offer Americans a “New Deal” economically. The key: government involvement in economics and social aid. As a historian, I can tell you that many of the programs FDR’s New Deal came up with were unsound, and many of them were struck down by the Supreme Court.

Much of FDR’s policies, in fact, were things that are of debatable merit. Having said that, he is also the only person in history to be elected president four straight times (and he is the reason why a Constitutional amendment was passed making that same feat impossible today), and I believe a major reason for Americans’ continued faith in him is because he acted when others were afraid to.

Are You Willing To Start Today?

I’m actually not a huge FDR apologist, but I do believe that his life is instructive in terms of showing the power of action versus inaction, and thus worthy of studying on many levels. I say something similar to my Bible classes every semester: if what we study and read and memorize and discuss and write essays about doesn’t change who you are, how you think, and what you DO, then we have wasted our time. We must be willing to act, and we should start today.

What have you been putting off that needs to get done? What leadership role have you been considering for longer than you should have? How can you serve those around you? None of us has to go very far to see situations in our world that need correcting, whether it’s huge issues we see on the national news or simply trash on the side of a road near our homes. The key to solving both issues is the same: ACT.

I’m very proud of my younger daughter and my wife who spent time last summer picking up trash in our neighborhood, cleaning up an area that is known as a “dump spot” for random bits of trash. Did it change the climate or rescue thousands of animals? No. But it made a difference in our little pocket of the world, and everything you do has the same potential.

A final thought: as we were driving home from Jacksonville after helping clean up, my wife said, “This is like our own little ‘Starfish story.’” I asked her to explain, and she said, “Well, we weren’t able to help every single person whose homes and lives were damaged by the tornadoes. But we were able to make a difference in the lives of a few people.” [If you’re not familiar with the ‘Starfish story’ that she referenced you can check it out here: https://en.wikipedia.org/wiki/The_Star_Thrower.]

The point is: even if we can’t change the whole world, we can make a difference where we are.

Get started today, and you’ll be amazed at what you can accomplish!

Action plan: pick something that you’ve been putting off, and GO and ACT and SERVE! Then be sure to email me to let me know how it went!

Bring Clarity To Your Confusion

Whenever I get a bright idea, my email list is the first to hear it. Don’t miss out on exclusive brain-dumps that eventually make companies a lot of money :)